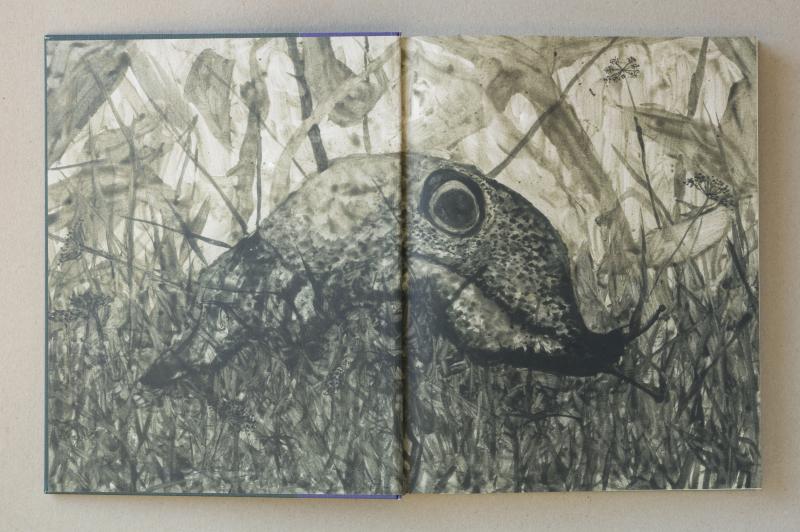 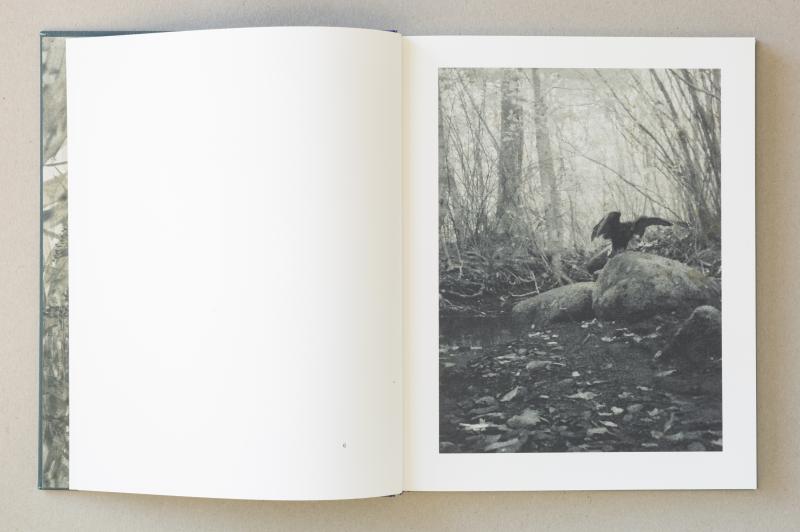 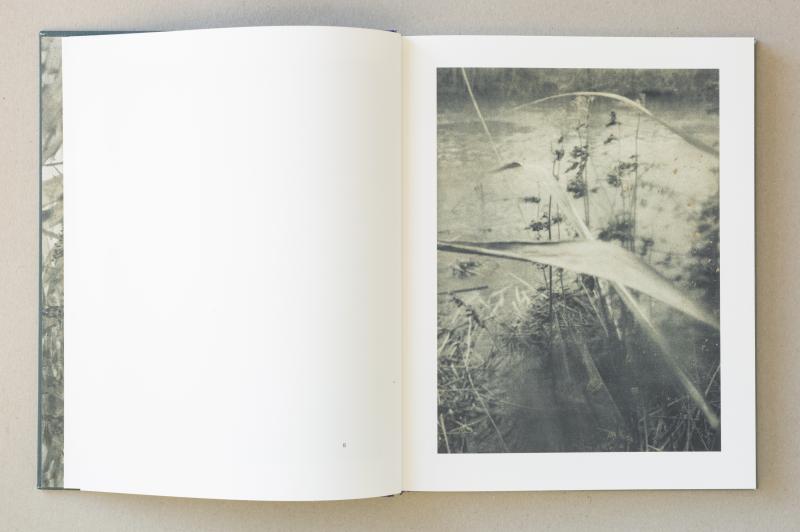 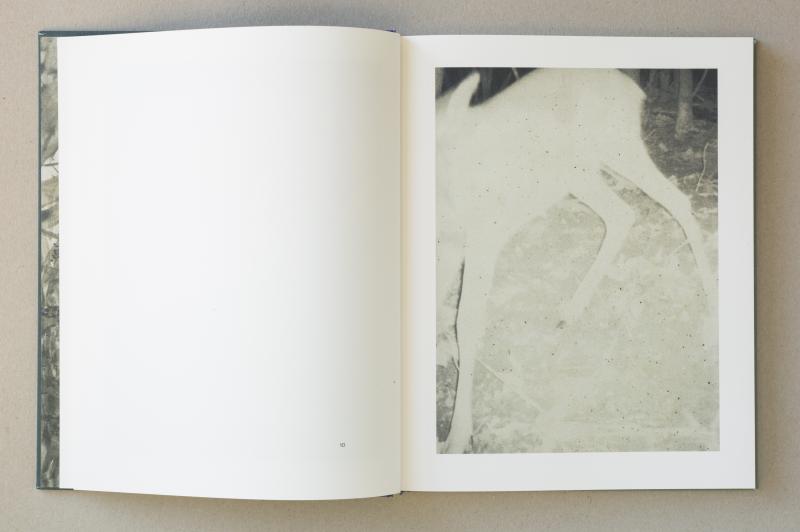 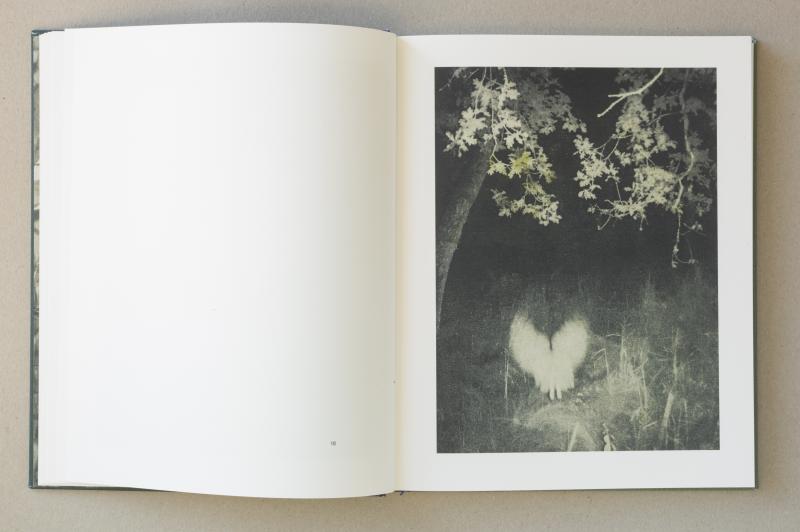 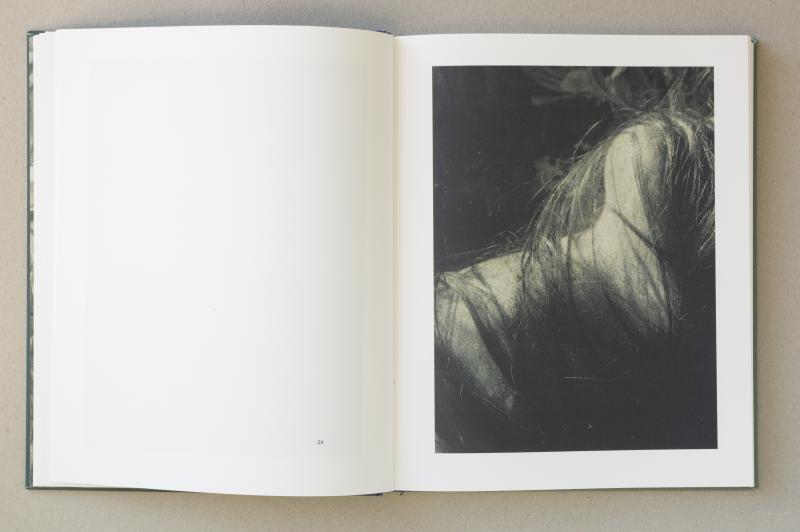 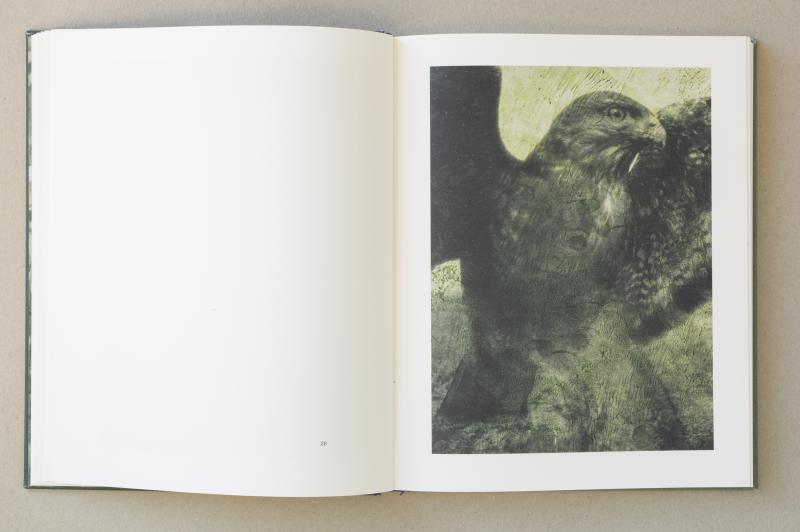 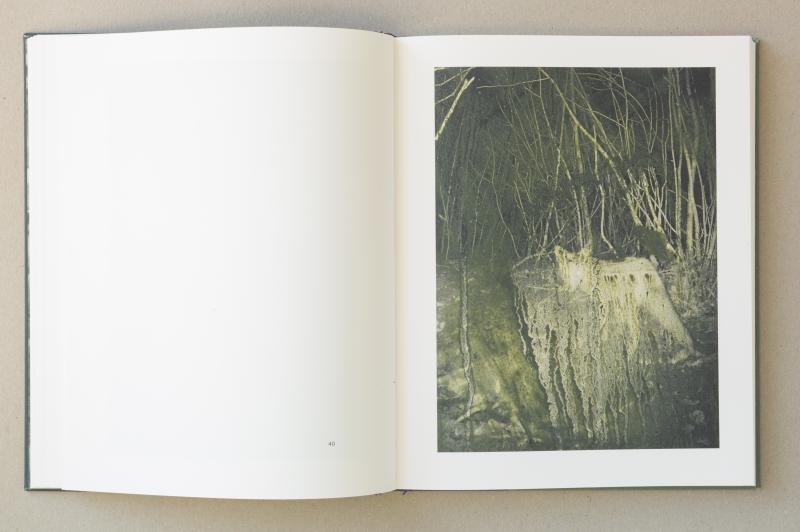 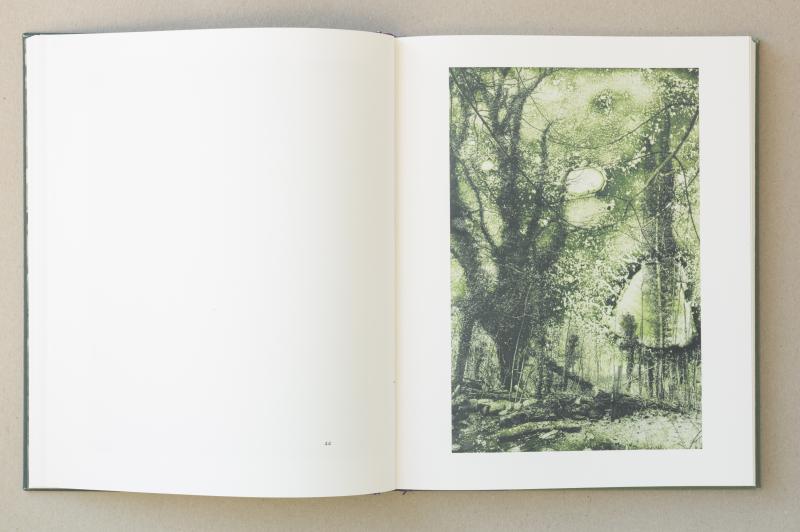 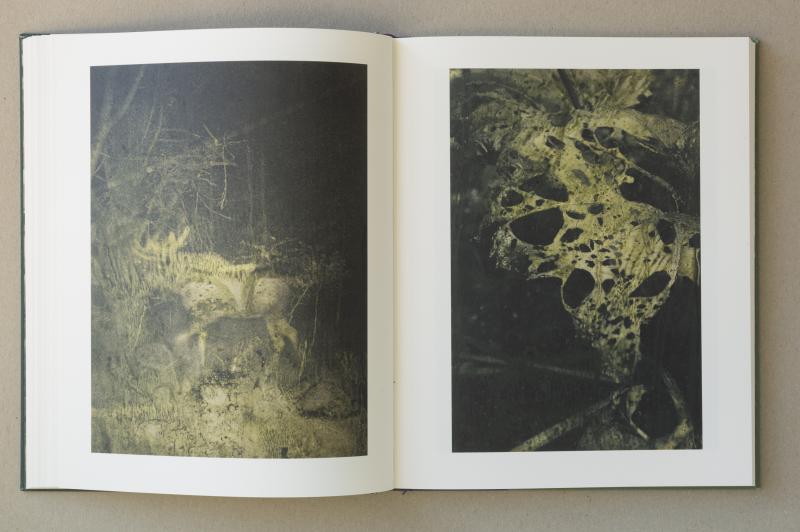 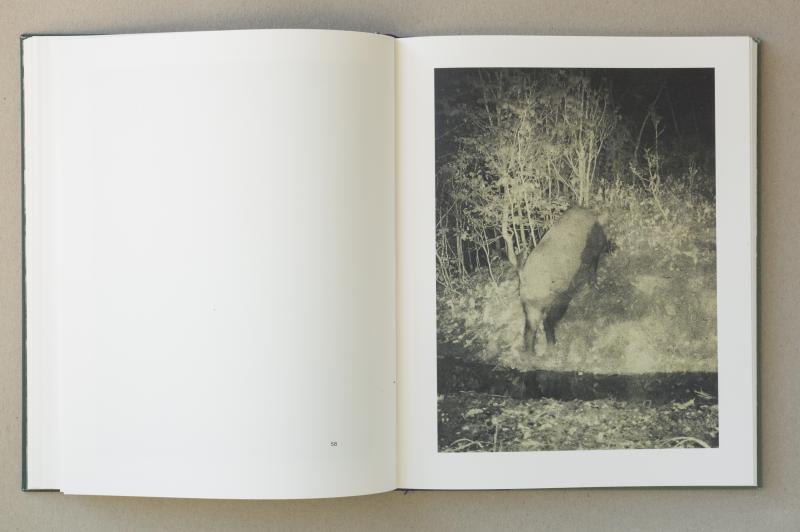 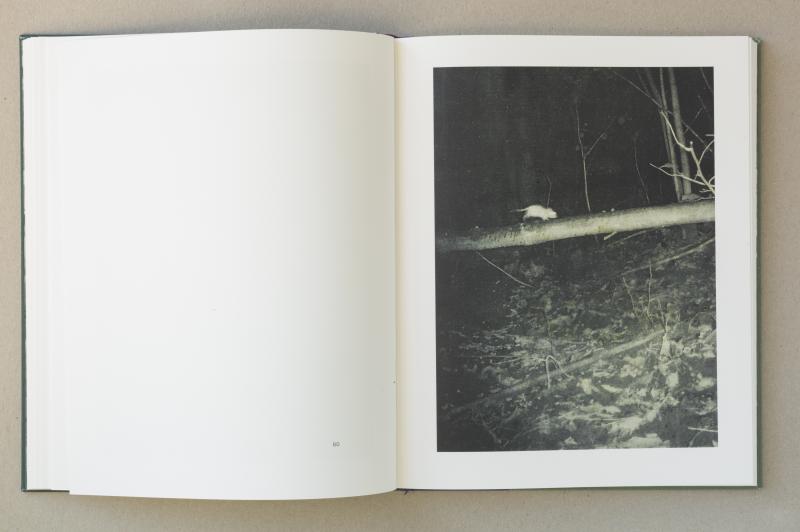 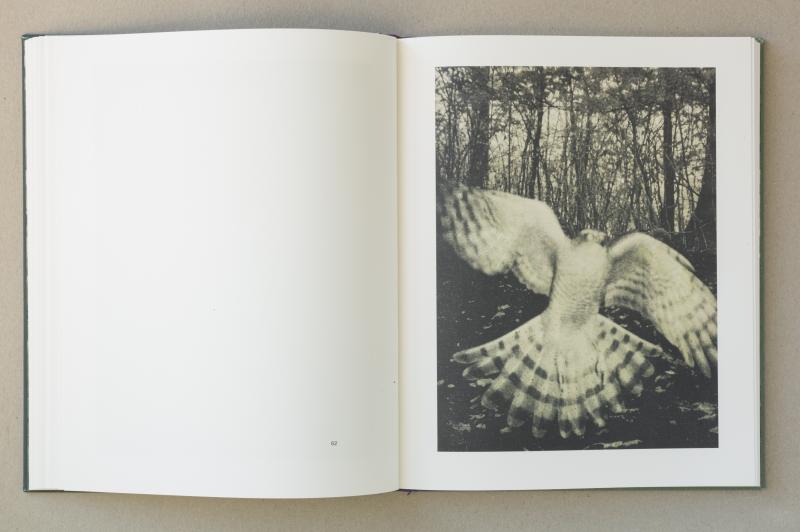 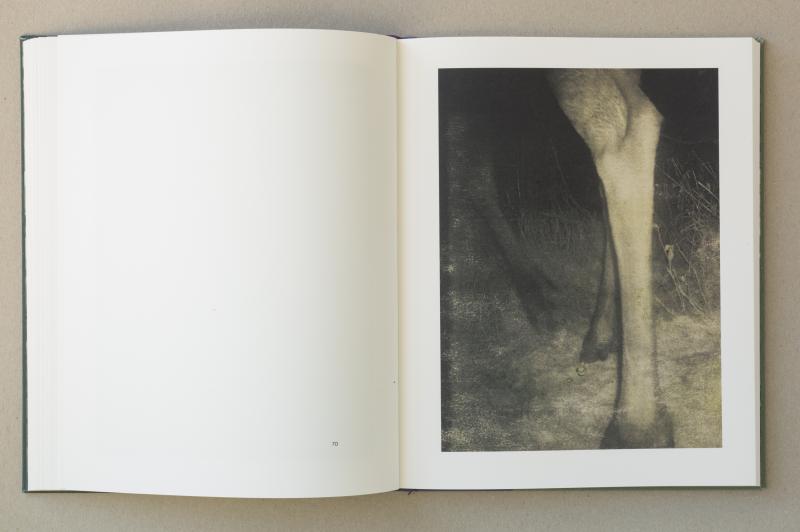 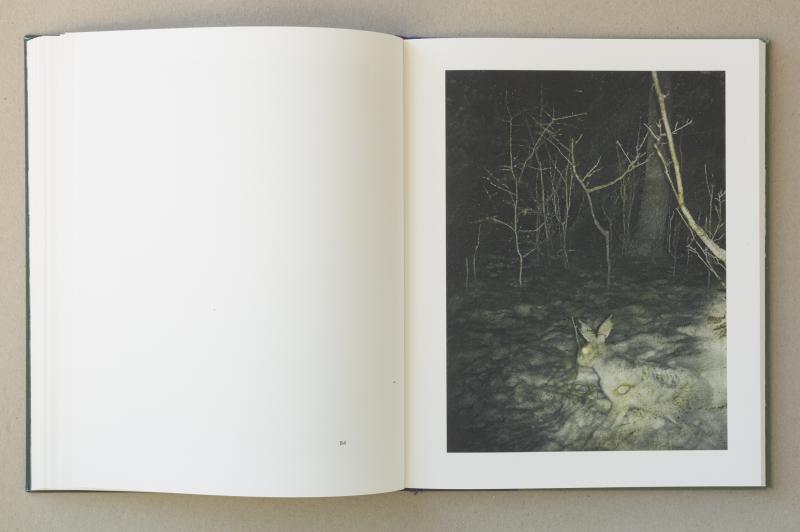 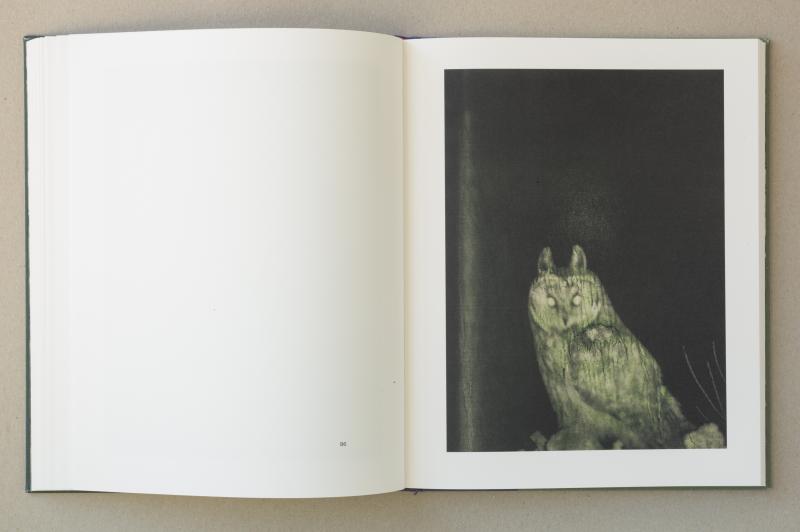 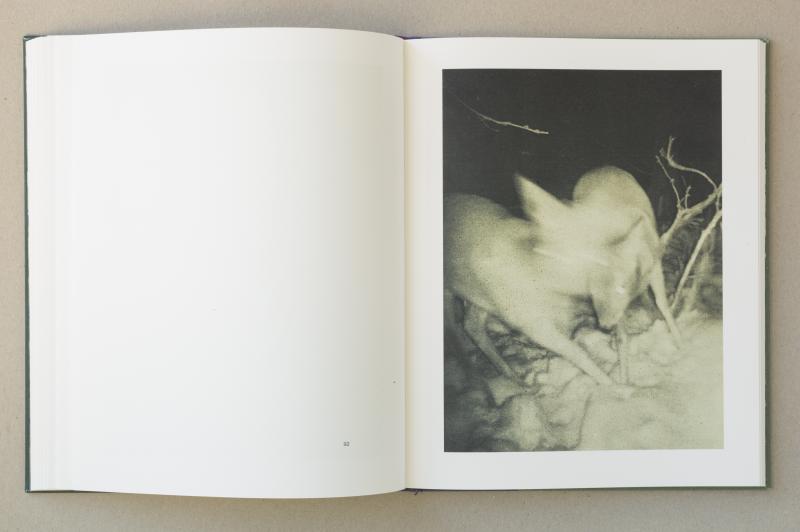 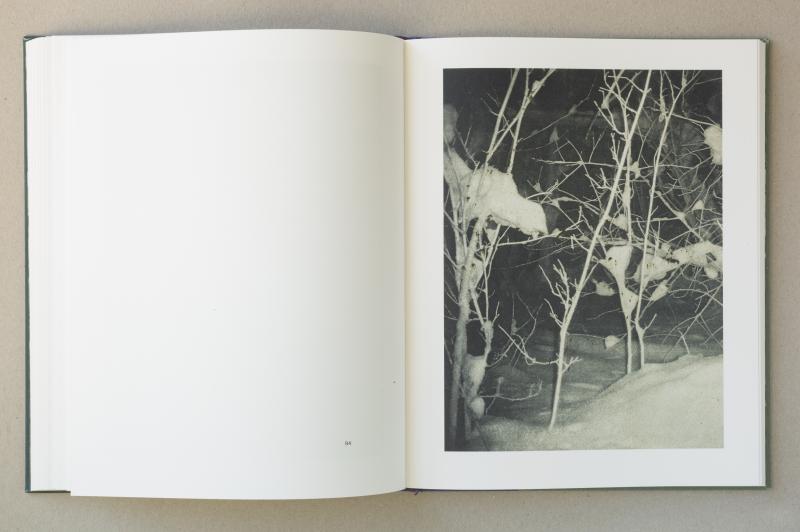 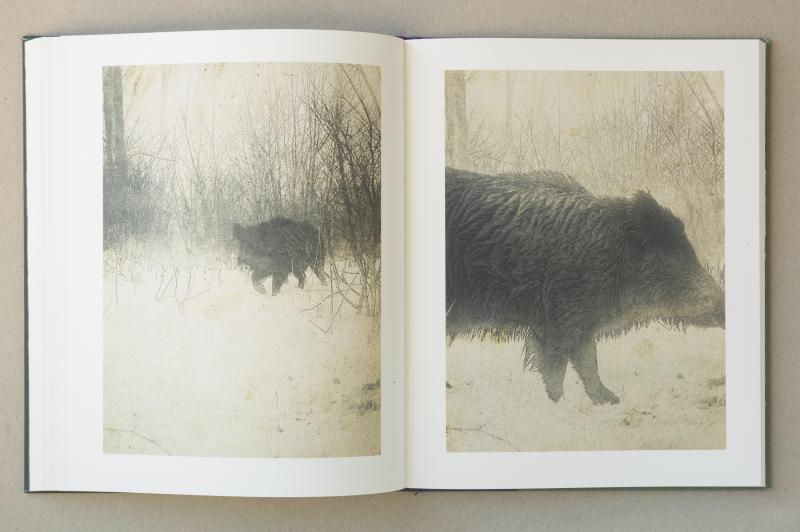 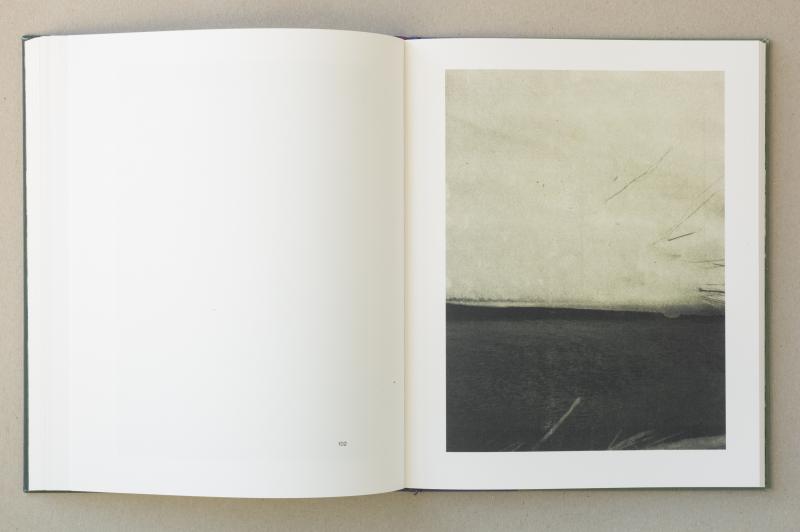 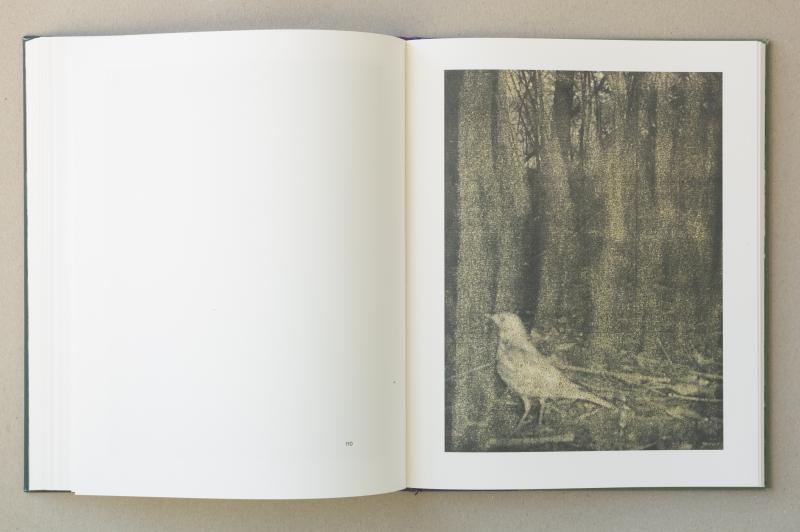 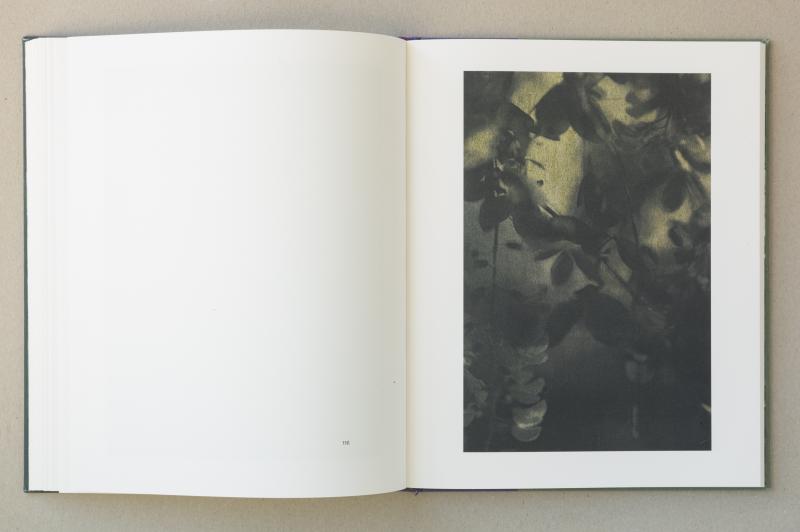 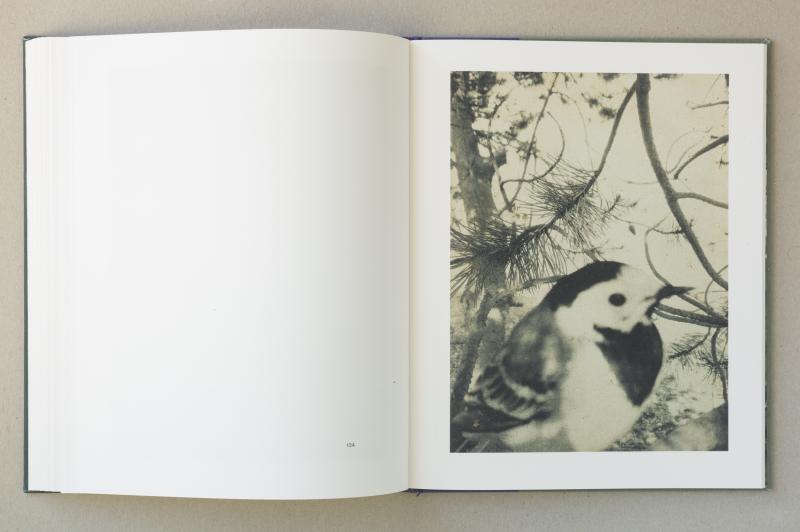 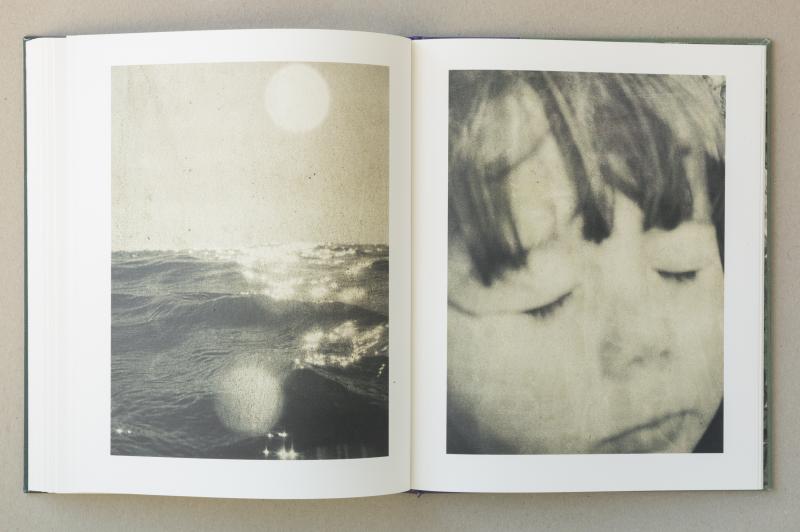 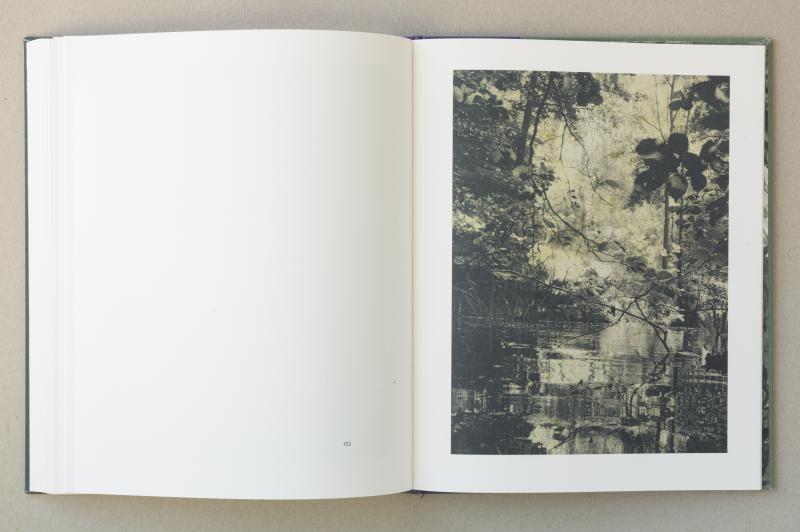 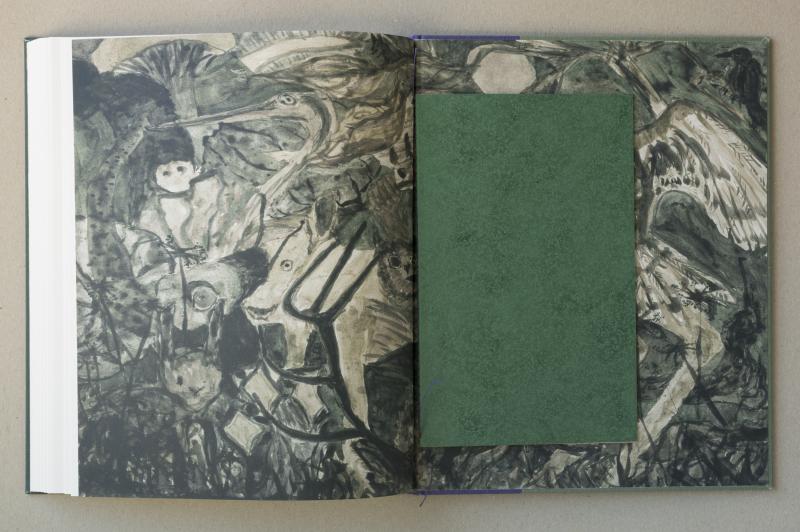 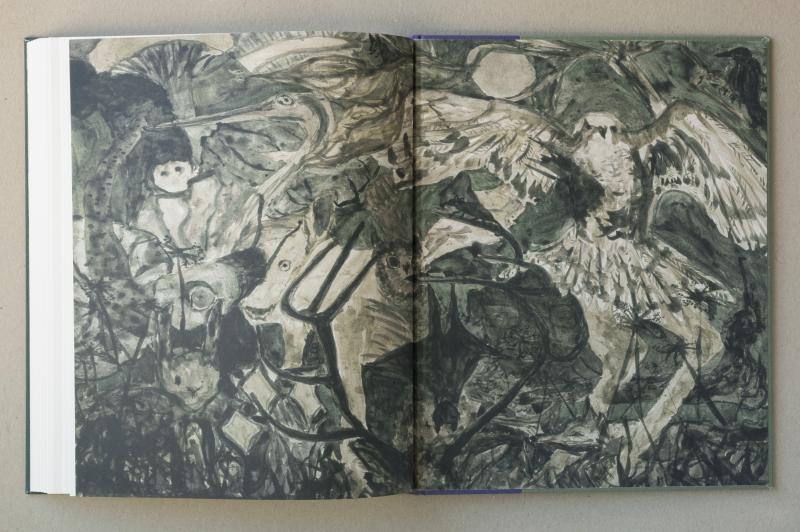 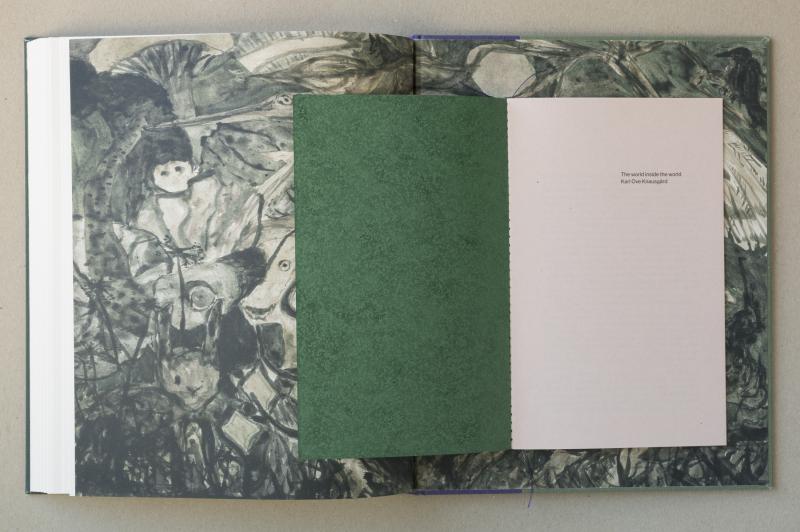 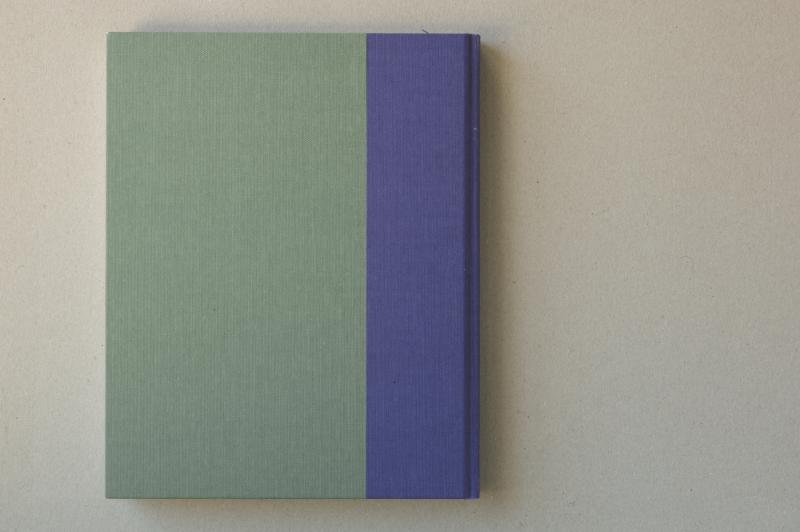 In March 2014, my family and I moved from east London to rural south Sweden. I understood that these new surroundings would inform my work in very different ways and that nature would play a key role. I was looking forward to making work that did not feel restricted and suffocated by modern photographic technology nor would make an inaccurate projected impression of the natural landscape we had become part of.

On my many walks, I soon came to realise that this new, apparently bleak, flat and open landscape was in fact teeming with intense life. Small clues appeared during daylight hours that helped me understand the extent of activity during the night. Clusters of feathers, animal footprints of all sizes showing regular overlapping routes, gnawed branches, eggshells, ant hills, nibbled mushrooms and busy snails and slugs working through the feast provided from the previous night

I started to imagine the creatures in absolute darkness on the forest floor driven by instincts and their will to survive. I imagined them encountering each other. I thought of their eyes – near redundant in the thick of the night – and their sense of smell and hearing finely tuned and heightened.

Envisaging where this activity might unfold, coupled with a hopeful foresight, I placed cameras equipped with motion sensors, to trees, mostly at a low level, so that any movement triggered the camera shutter and an infra-red flash (which was outside the animals’ visual spectrum).

The first results filled me with fascination and joy as they presented what felt like stepping off into another parallel and unearthly world.  The silent photographs also seemed to invent sounds. This frame of mind and way of working took me back to my first ever photo project at the age of 13, sitting in the bathroom window of my parents’ house in Bristol with a 10-metre cable release, attached to the camera, attempting to photograph garden birds.

As time went on I started to think, if I were a deer where would I drink from, or if an owl where would I prefer to perch, and positioned cameras in such places. I was already composing the rectangular view in my mind’s eye – even though the nocturnal animals were absent – imagining they were there.  Nature itself helped to decide the palette and the feel of the images as plant pigments were incorporated from the surrounding areas to make the final master prints.

I had grappled for many years with this idea of stepping back as the author of images to give space for chance and to encourage the subject to step forward. I had attempted this in various ways; for example, in 2005, by burying colour prints close to where they were made, as a collaboration, to entice the place itself to leave its physical mark on the images once they had been unearthed. Or, between 2009 - 2013, in the series Talking to Ants, I placed objects such as plant life, insects, seeds and dust from the place I was photographing inside the film chamber to create in-camera photograms creating a confusion of scale. Or, in 2012, in Best Before End, as a photographic response to the rise of high-energy drinks, I used the drinks themselves to part-process the film as they ate into the emulsion. These approaches added an element of uncertainty, without knowing exactly where the images would land, and relied on a point where intentions met chance with the hope that the subject itself could play a part, lead the way or become embedded in the finished images.

This time, though, it felt as if I was stepping out altogether, so that the subjects would orchestrate and perform and take on the role of author while at that moment I was likely to be sleeping. This was nature’s time to speak and let itself be felt and known.