Hackney Wick sits in east London between the Grand Union Canal, the River Lea and the Eastway A106. I first came across the area at the end of 2002 when I was photographing the back of advertising billboards. Although I had lived in London for nine years and thought I knew East London well, Hackney Wick threw me; it completely changed my mental map of this part of London. My first visit was on a Sunday, to the market which used to take place in the old greyhound/speedway stadium. The vast market was like no other I had seen before. At first glance, apart from few pot plants, most of the items on sale looked like scrap. It was not a market for luxury goods; it seemed to exist for people who were struggling to keep afloat themselves: exhausted white goods, mountains of washing machines and fridges, copper wire and other scrap metals stripped from derelict buildings; piles of old VHS videos which had been forced out of people’s homes to make way for DVDs.

That day I bought a plastic camera at the market; it had a plastic lens with no focus or exposure controls. I immediately felt compelled to make pictures and for the next few years was carried by and drawn to the place itself, this time, unlike other works I had made to date, the parameters to the work were not around narrow concept or pursuing a singular interest, obsession or idea that was already forming in my mind, but more of a geographical pull and fascination with place and those who inhabited it. Though not a “concept” as such I enjoyed the thought that this camera would now get to work within the very place and its surroundings where it was sourced. Hackney has long provided a refuge for immigrants and asylum seekers from all over the world and for me Hackney Wick especially reflects the great diversity of London.

This new encounter with place coincided with a time in my life I started to have less trust information loaded and images and realised that when information is dialled down, denied, or obscured, somehow other feelings remain This series encapsulated what I believed at the time was an ideal amount of information to invoke the spirit and feeling of the place.

The market closed on 13th July 2003; it had been going for seven years. According to the Trading Standards inspectors it had been swamped with stolen and counterfeit goods. The remains of the old stadium were demolished weeks after the closure as part of the preparations for London’s bid for the 2012 games. There is another side to Hackney Wick. Away from the noise and chaos nature has somehow managed to find and keep a place for itself. The canals and rivers and secret allotments (known only to their dedicated gardeners) are home to many birds and animals. These hidden paradises have a vibrancy of their own which will soon be muted by the dust that will cover them.

Over the next several years to come I visited Hackney Wick again and again making other series in the Borough including Archaeology in Reverse, Hammer and Blackberry, Warming Down, Hackney Flower Portraits, Hackney Flowers, A Series of Disappointments, Off Ground, Talking to Ants and Best Before End 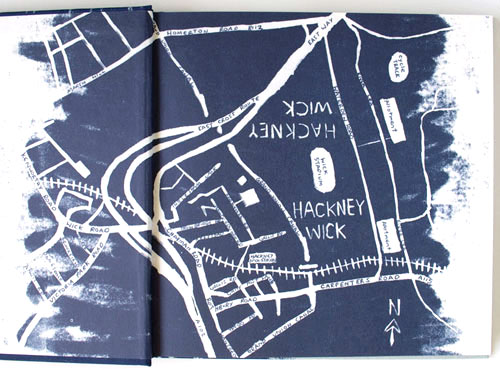 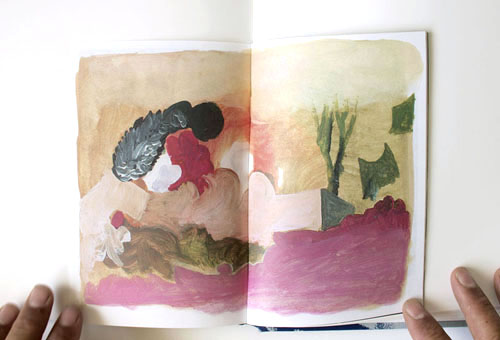 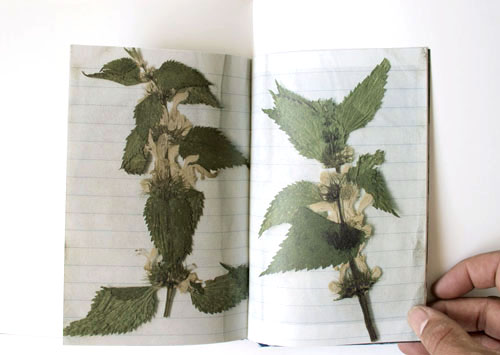 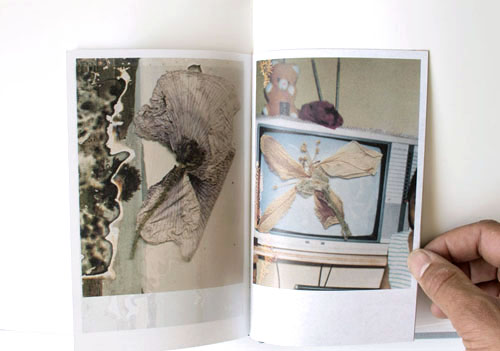 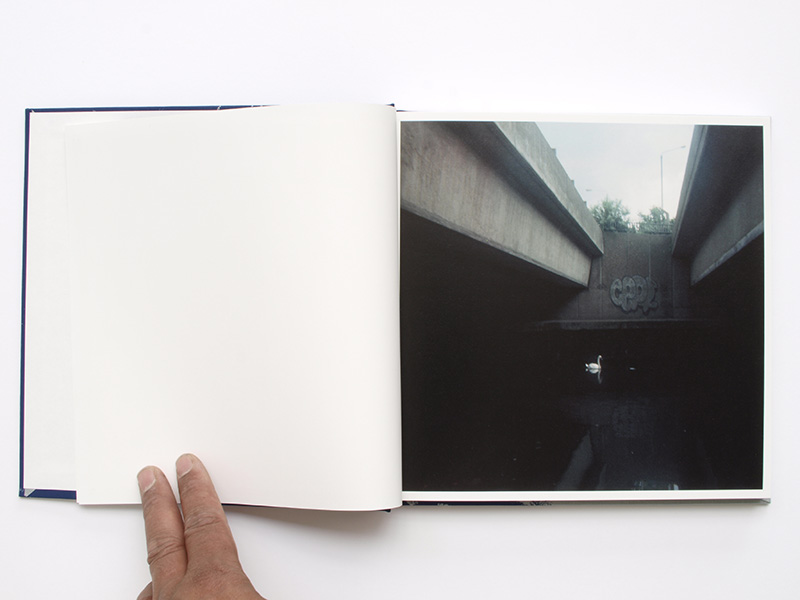 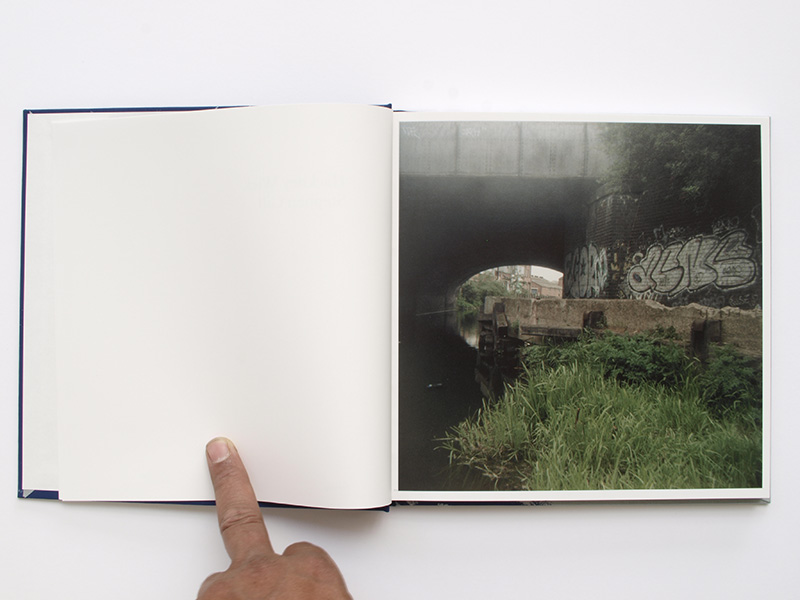 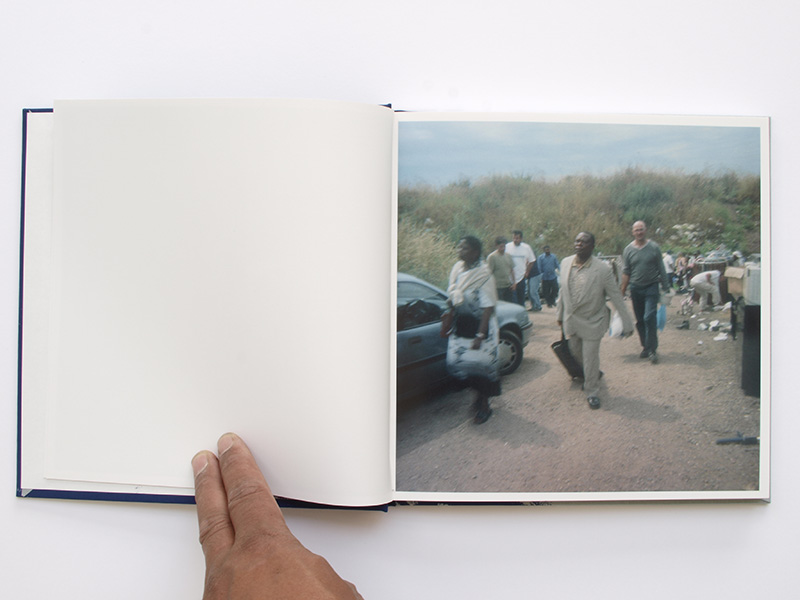 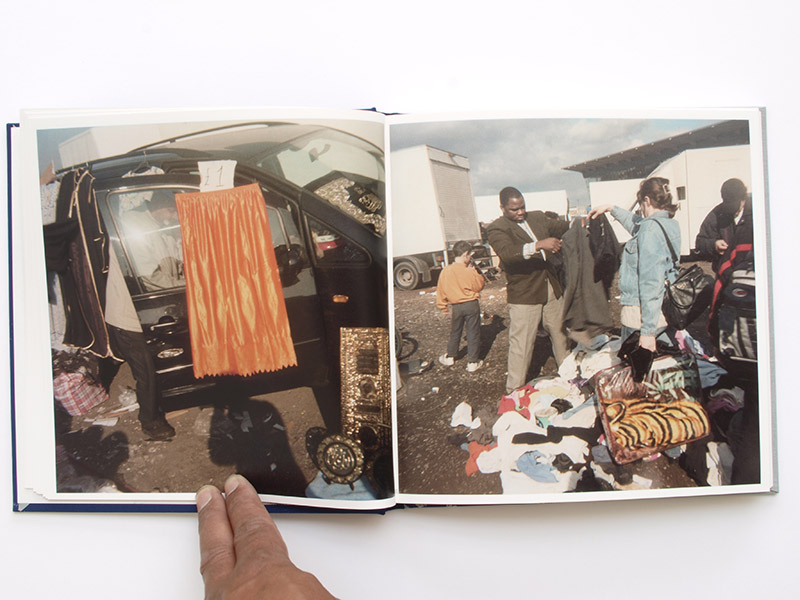 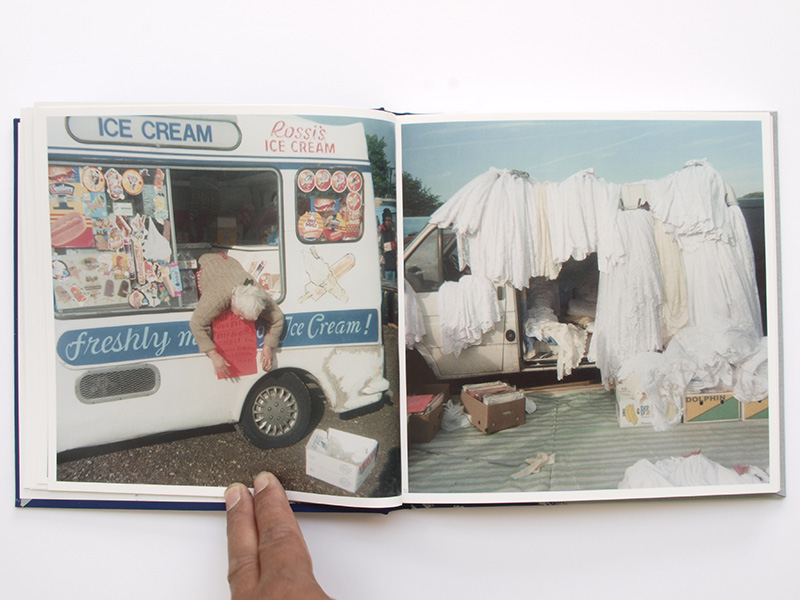 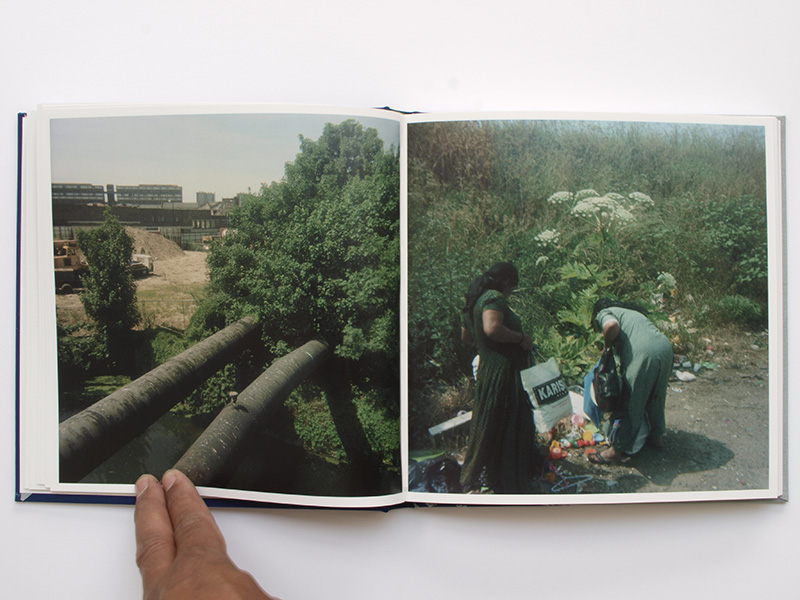 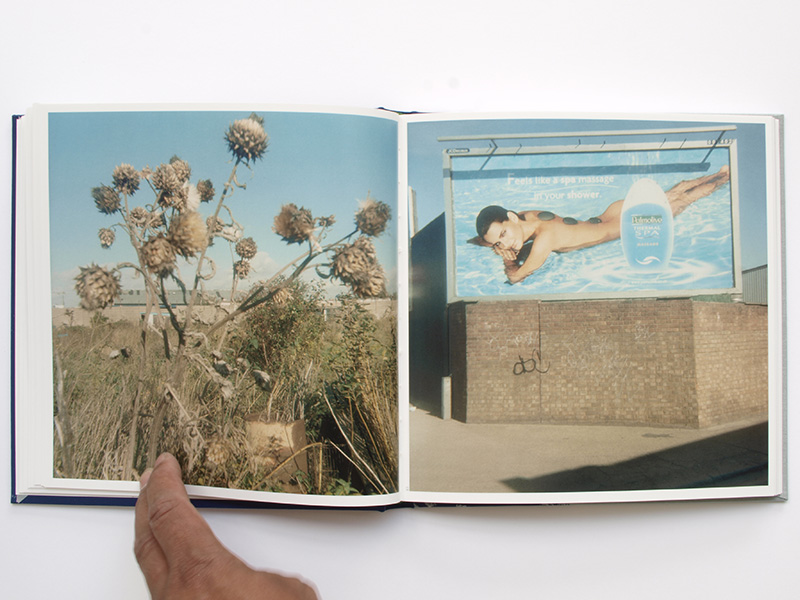 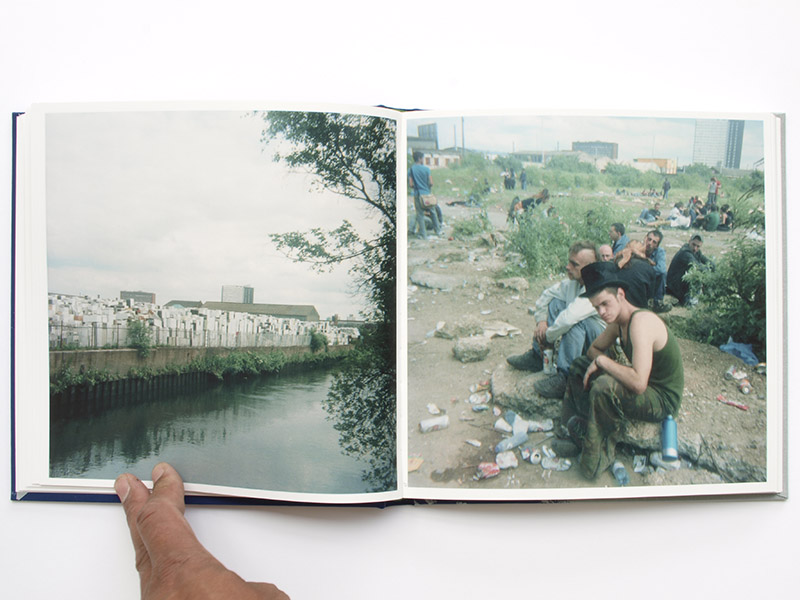 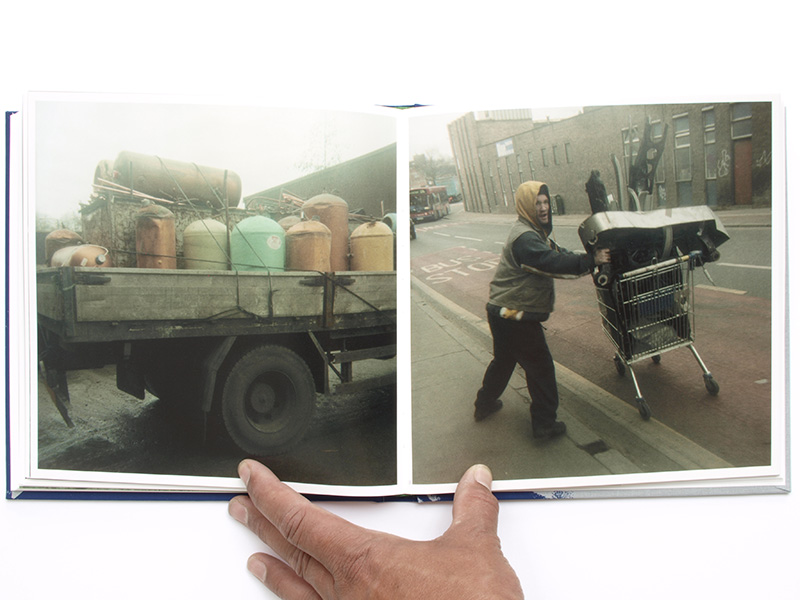 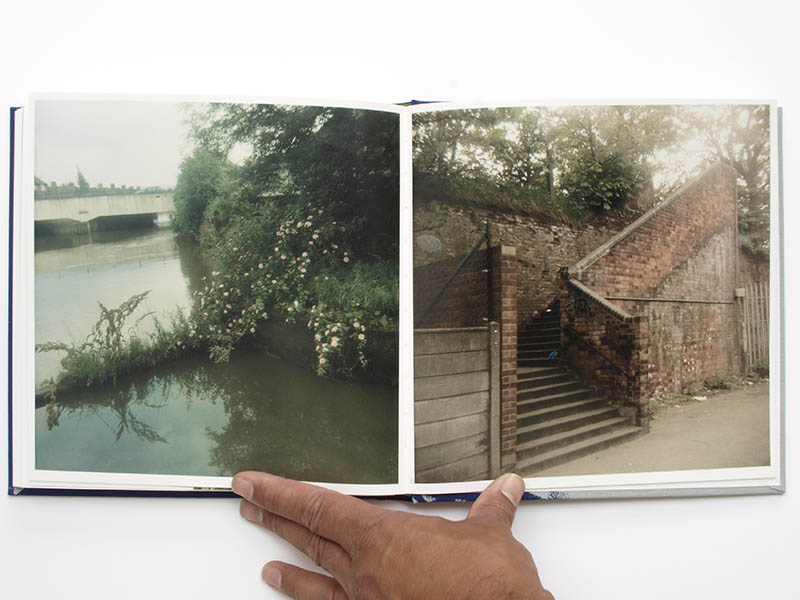